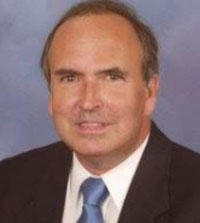 The Sackett Family Association committee has elected Richard Price as its president to serve for 2018-19, succeeding Ted Smith.
Richard, who joined the Association in 2013, is a member of the Sons of the American Revolution as a descendant of Buell Sackett, and of the Winthrop Society in affirmation of his descent from Simon Sackett the colonist.
Liesa Robarge takes over from Richard as vice president.
Chris Sackett, secretary, and Terri Carlson, registrar, continue in those positions.
Posted by Chris Sackett at 5:18 PM No comments:

Carl Leroy Sackett (1876–1972), frontiersman and US district attorney, was born in Nebraska but lived all his life from early childhood in Wyoming. In 1970, then aged 94 and still in practice as an attorney, he gave an interview in which he recalled the days of stagecoach robberies, the James Brothers Gang, and Buffalo Bill.
When Carl was a young boy, his father John was the Wells Fargo agent for the area around Sackett Creek, near Sheridan, Wyoming, and his mother Mattie served tables and fed the stagecoach passengers. Carl remembered sharing a table with Frank and Jesse James and their giving him small amounts of money for his cigar box which he kept for the purpose—while his father stood nearby, close to his shotgun.
Carl remembered Colonel “Buffalo Bill” Cody as a kindly but serious man, and figured that Cody wore his hair in long curls to impress the Indians, in imitation of General Custer.
Carl was at pains to promote the reputation of Calamity Jane, whom he met in Cheyenne, talking up her devotion to helping people.