The Sackett Family Association website has been updated with the following: 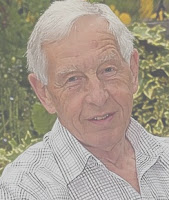 Michael Oliver Sackett of Croscombe, Somerset, has been awarded the British Empire Medal in the Queen's Birthday Honours List. The award is in recognition of his 23 years' service as a volunteer in, and more recently trustee of, the Mendip Citizens Advice Bureau. (This is Somerset website).

Michael and his wife Jo hosted a meeting in 1994 of English Sacketts interested in the family's history, including Marion Sackett who had undertaken considerable research work, and Chris Sackett, currently the Association webmaster.
Posted by Chris Sackett at 7:43 PM No comments: