The Sackett Family Association website has been updated with the following:

Posted by Chris Sackett at 7:18 AM No comments: 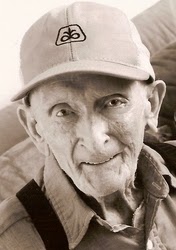 Bill served in the Army during World War II, seeing service in North Africa, Italy, and France as an infantry radio operator, and achieving the rank of Staff Sergeant. He received six awards of the Bronze Star Medal during his service.

Bill and Dorothy operated a row crop and dairy farm west of Walker, Iowa, while raising 11 children. Bill also worked for the Walker Creamery for many years, collecting cream from area farms.

More ObitsforLife.com
Posted by Chris Sackett at 7:59 AM No comments: