The Sackett Family Association website has been updated with the following:
The shipwrecking in 1802 of John Sackett's corn hoy was a major tragedy for Thanet and made nationwide headlines. A fund was set up for public donations to alleviate the financial hardship of bereaved families. A book, A Circumstantial Narrative of the Stranding of a Margate Corn Hoy, was published, "the Profits arising from the Sale being applied to the Benefit of the Orphans, and other Sufferers by the Calamity."

Judge Homer Sackett's small-town fame in Gary, Indiana, spread to the English newspapers when they reported an incident in 1946 where "he left the Bench and grappled with the defendant in a divorce case who struck a woman witness. The judge twice threw to the floor the defendant, who was six feet three inches and weighed 175 pounds. Judge Sackett then returned to the Bench and fined him £50 and sentenced him to 90 days for contempt of court." In contrast to this rather macho image, Homer wrote a memoir, at his son's request, which rings with honest simplicity and charming humility.
Posted by Chris Sackett at 8:57 PM No comments: 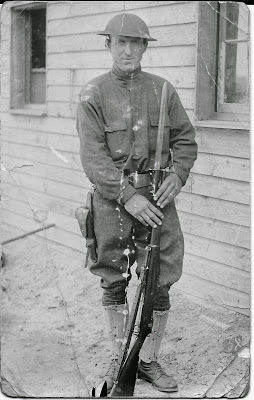